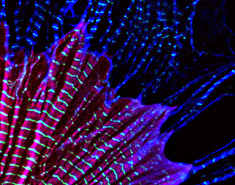 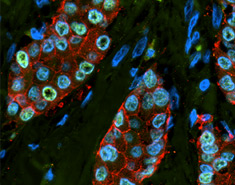 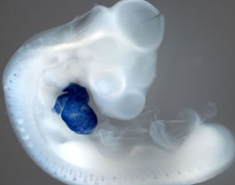 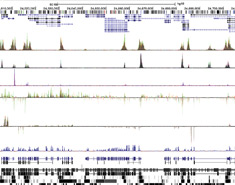 Message from the Chair

The mission of the Department of Cellular and Molecular Medicine (CMM) is to provide pre- and post-doctoral, medical and graduate education in an interdisciplinary environment through research activities, to advance knowledge of biological structure as related to function and disease from the molecular level to the whole organism.

END_OF_DOCUMENT_TOKEN_TO_BE_REPLACED

In a new study of organelle biogenesis from the laboratory of Gregory Rogers, PhD, former CMM student and postdoc Tiffany McLamarrah and colleagues characterize an early step in centriole duplication. They show that Polo-like kinase hyperphosphorylates the assembly factor Ana2, which increases the affinity of Ana2 for the G-box domain of Sas4, promoting Ana2’s accumulation at the procentriole and, consequently, daughter centriole formation.   PMID: 31841145

Michelle Ennabe, CMM Master's Student, is one of three Masters Awardees of this year's prestigious Centennial Achievement Award.  Founded in 1987, this honor recognizes graduating students who demonstrate outstanding academic achievement and contributions to community and family despite facing challenging obstacles along the way.  Read more here.

In this newest study from the laboratory of Gus Mouneimne, PhD, recently-graduated CMM student Julieann Puleo and colleagues discovered that EVL, the Ena/VASP protein, is crucial for actin polymerization at focal adhesions (FAs). Importantly, they determined that EVL-mediated FA actin polymerization regulates FA maturation and mechanosensing, which are significant steps in mechanically-directed motility and durotactic invasion. This work is a significant contribution to our understanding of how cells interact with their microenvironment in normal and pathological contexts.   PMID: 31594807

We are (fortunately) not alone. Microbes should no longer be seen as foes that need to be eliminated at all costs. Work from Donata Vercelli, PhD's laboratory recently featured in the Washington Post shows that living in traditional farming environments means living in a place that is extremely rich in microbes — the right microbes that our immune system has evolved to live with and learn from. The constellation of organisms found in soil and on farm animals programs how a child responds to allergens throughout her lifetime. This programming likely starts in utero and continues to shape the immune system during the first few years of life.  Read more here.

A majority of the human genome consists elements called transposable elements – the fossils of evolutionary battles between ancient viruses and their human hosts. The human genome silences these elements by creating a specialized structure called heterochromatin on top of them. Dr. Keith Maggert and graduate student Farah Bughio's study in PNAS shows that heterochromatin is not as stable and reliable a protector as was previously thought, and instead turns on and off randomly and repeatedly throughout life, allowing transposable elements the freedom to once again move around the genome and cause damage.  More information can be found here: PMID 31527269

Asthma and COPD are the most commonly diagnosed chronic lung diseases in the United States. While it is now recognized that a percentage of severe asthmatics develop fixed airway obstruction, little is known pertaining to the basic underlying mechanisms of this progression. Julie Ledford, PhD and her research team will examine the role of club cell secreted protein (CC16) in the context of airway infection as a previously overlooked link in understanding this progression. These studies may provide a novel therapeutic approach for treating individuals with low circulating CC16 in order to prevent lung function decline over time.

Description: Covers the ethical importance of the Institutional Review Board (IRB) and the process for submitting projects to the Human Subjects Protection Program (HSPP). Counts towards RCR Certificate.​

END_OF_DOCUMENT_TOKEN_TO_BE_REPLACED

Drs. Julie Ledford, PhD (left) and Monica Kraft, MD (right) win the $10,000 prize during UA Research Day's ‘Shark Tank’ Event for their pitch on a new, inhaled therapeutic for the treatment of asthma and potentially even COPD, cystic fibrosis and pneumonia.